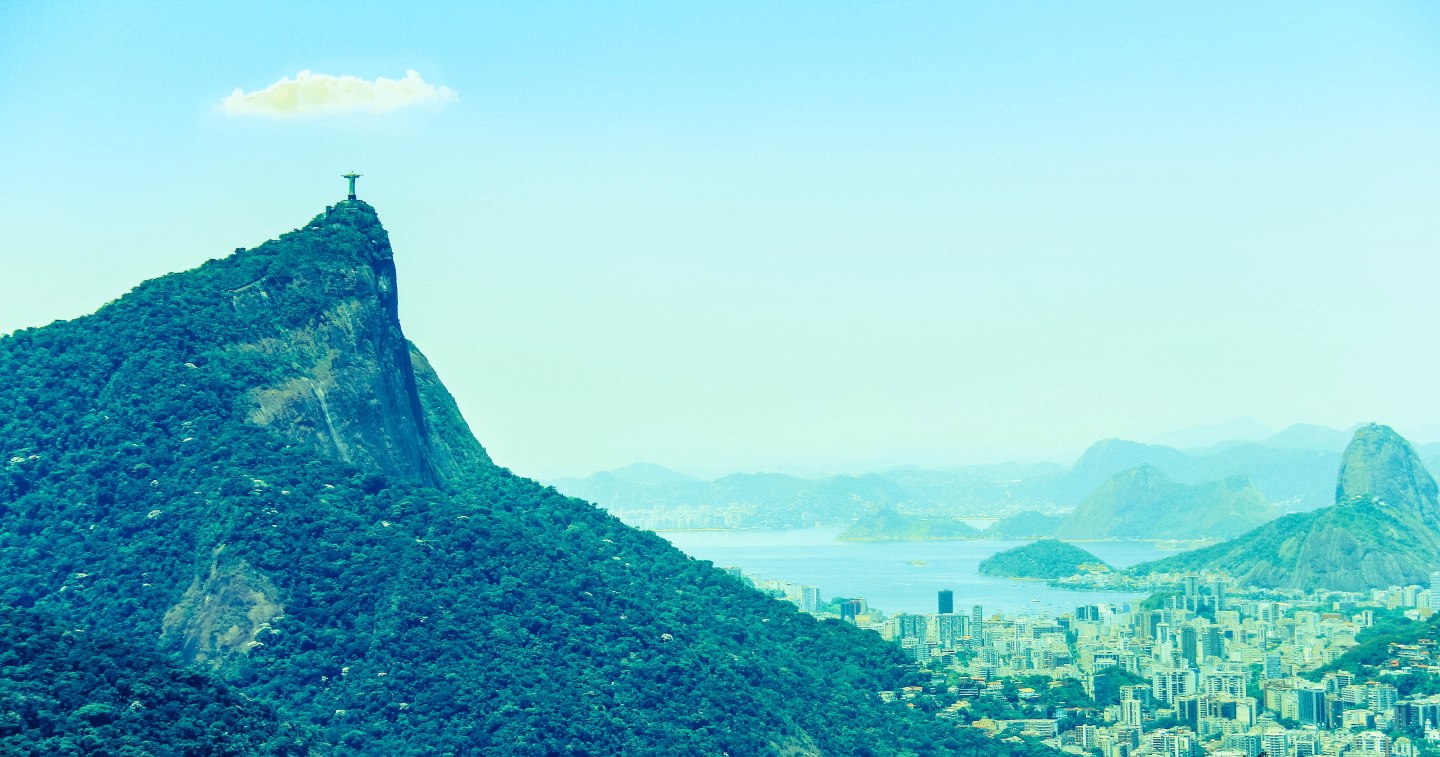 Christ the Redeemer gazes over Rio from atop Corcovado, his arms spread as a symbol of peace and sanctity.

He can be seen from practically all corners, which had me thinking of the notion he is all-pervading and knowing.

This statue hears and sees all: the crime and corruption; the suffering and instability; the severe class divide where rich and poor live side by side.

How ironic for Christ to oversee this injustice from up above, seemingly unmindful of the fractured society below.

I started writing this poem in Brazil then laid it aside. I’ve finally revisited and finished it, painting the scenes and thoughts that have filled my head.

Land of the silent ‘R’

Where the bum is an extension of the leg.

All shapes parade the curvaceous esplanade,

Though don’t dare to bare your sacred chest.

Camels traipse up and back.

All the garish, generic crap.

A cold-blooded desert of dangers

As Stefano sure found out.

A no-nonsense blade threatens his ribs

Wielded by a bunch of unsuspecting street kids.

Best surrender your verve to this volatile gang.

Or face an untimely end

Abruptly without a trace in some stained favela den.

Best surrender your verve or prepare to descend.

Watching over the insecurity, the robbery,

The proximity between poverty and an elitist club.

In a sorbet filigree sea.

For which Rio does not rest.

Any space level enough for a net.

Worshipped at 2am on a Tuesday:

Taxis drive by on edge of a swift highjack-

Everybody runs reds after midnight.

Change given by the faces of beaten favourites,

Attributing to their existential attitude.

Presiding over the corruption, the discipline,

Another religion, which the people love.

Six months in sight til la Copa do Mundo;

An endemic FIFA plants its boot

Stomping on healthcare, education, the unfortunate-

A nation prostituted, averse to salute.

Married women board the metro,

Widows sit in silence on the bus.

Absent of gold and silver- drawing no fuss.

Demonstrations to pacify turn to

A silent protest their plight?

A favela cascade in concertina fold, adjacent to stark affluence –

Leblon’s multi-million vista, how on earth do they share?

The only sad instance these opposites will ever have in common, I swear.

And there he is

Watching over the corruption, the inequality,

The proximity between poverty and an elitist club.

It all appears to be stunning.

Masquerading the fact things are polluted and actually aren’t running.

So, visible from every corner

Cristo sits on his high perch in the clouds.

Presiding over the seeming stability, the scenery

While the seams of society unravel on the ground.

. : PHOTOS CAPTURE A MEMORY VISUALLY : . : POETRY CAPTURES EMOTIONS AND THE WAY YOU ARE THINKING : .